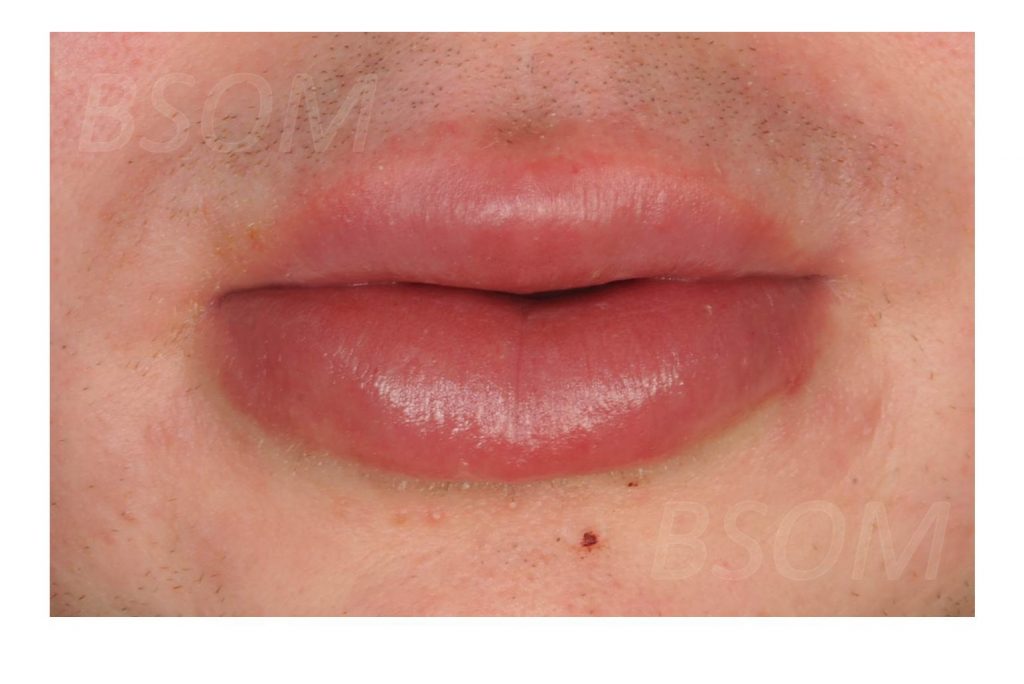 Mr X had been troubled on-and-off by mouth ulcers since being a teenager. When he was in his 20’s Mr X began to experience episodes of lip swelling that would come on over a few hours and then settle within days. These were attributed to an allergy. Over the next few years the lip swelling started to come more often and last longer until it was there all the time. Various treatments were tried without any long-term benefit. A referral was made to a specialist in Oral Medicine. From the history, examination and investigations a diagnosis of Orofacial Granulomatosis (OFG) was made. The range of treatment approaches were discussed for this uncommon condition. Through different approaches both the lip swelling and oral ulceration were controlled. Mr X knew that if developed any bowel symptoms he should raise these sooner rather than later.